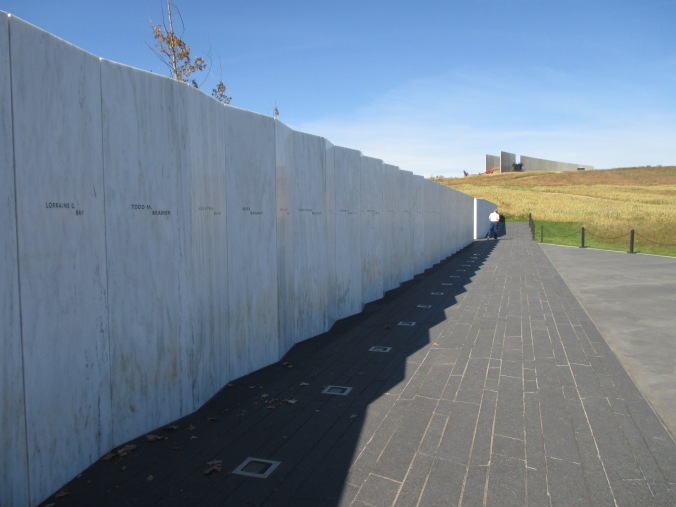 I wore my favorite pair of pants. They were from Abercrombie and Fitch, beige with a green stripe up each side.  Zippered pockets and a flannel lining.  They were new, and I was proud of them.  I wore the matching green t-shirt with the A&F logo emblazoned across the front.

I walked to Osmond Lab for my 9:15 logistics class. Osmond Lab is a science building; as a business major, I rarely entered this building.  In four years at Penn State, this was the only class I would have there.

At the start of class, our professor told us a plane hit a building in New York. He didn’t act like it was a big deal; he probably didn’t think it was.  I don’t remember if he said it was an accident, or if I assumed that.  I imagined a little prop plane clipping the side of a building, maybe breaking off a wing.

I didn’t give it another thought.

After class, I walked across the street to the HUB, Penn State’s student union building. It was my habit to study there on Tuesdays before my next class.

A huge television screen greets you when you walk into the HUB. It was there I realized that this was not a story about a prop plane clipping a building.

They opened up the HUB Theater, and I funneled in with a swarm of students I didn’t know. I watched replays of the planes hitting the towers on a movie screen.  They talked about the Pentagon, they talked about Shanksville, but what I remember most are the towers going down again and again.

I went to my dorm room and found my roommate cross-legged on the bed, watching the footage. I didn’t want to watch anymore, so I went for a long walk through campus.  It was a gorgeous day, sun shining and lovely.  I wanted to be alone with my thoughts.

That’s where the movie in my head ends. Whatever happened after that walk is blurred into all my other college memories, stored in my brain in a disorganized jumble.

I do know the next morning I picked up copies of the USA Today, The New York Times, and the Daily Collegian.  I cut out all the articles and slid them into a mailing envelope.  I still have those articles.  I read them this morning and cried.

Never forget, they say. As if we could.

Make the next generation understands, they say. As if we do.

Never again, they say. As if we know how.

Without ever really meaning to, I never wore those pants again.

A few years later I packed them in a box of old clothes and donated them to GoodWill.

2 thoughts on “It Was A Tuesday Morning”