There’s something for everyone with the Super Bowl. It begins with two weeks of build-up.  If you love football, this is two weeks of ESPN and talk radio heaven.  You can listen and watch pointless speculation to your heart’s content.  You can usually only get such bold know-nothing predictions from political pundits.  Or Wall Street brokers.

Then there’s the gambling. I’m not talking about who will win the game, or cover the spread.  Fair enough, if that’s your thing.  But I’m here for the prop bets.  This is where you bet on all kinds of bizarre things that have nothing to do with the game on the field.  Betting on the length of the national anthem (the over/under is two minutes) has become so commonplace as to be boring.  But this year, you can also bet on what color Pink’s hair will be when she sings the anthem, and whether or not she will flub a word.  There’s also odds as to whether Pink, a huge Eagles fan, will say “Go Eagles” immediately after her performance.

No, I’m not making any of this up. You can really lay your money down on these.  You can also bet on the color of Bill Belichick’s sweatshirt, how many commercials will feature Peyton Manning, and whether or not Al Michaels and Chris Collinsworth will utter the word “dynasty” in reference to you-know-which-team.  You can also bet on whether or not Tom Brady will be wearing a bandage on his right hand, and whether Bill Belichick will announce his retirement after the game.  And his announcement must be shown on the live broadcast to collect.

And because in 2016-2017-2018 everything begins and ends with Trump, you can bet on how many times the President will tweet during the game.

You get all this excitement before the kickoff! After fourteen hours of pregame, we get to the game itself, which if you’re not a fan of the Patriots, is often disappointing.  The stage is so big, many times the teams spend the first quarter, or even the first half, just working out their jitters.

But really, who cares? The game is when you attack the snacks, refill your drinks, and go to the bathroom.

Because you don’t want to miss the commercials! Expect Bud-weis-errr, Clydesdales, trucks, and the Olympics.  Lots and lots of Olympics.  If you don’t know by the end of the Super Bowl that the Olympics are coming to NBC on February 9th, you will be officially certified brain dead. 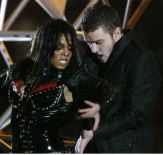 JT back at halftime.  What could go wrong?

Of course, this is just getting us warmed up for the Justin Timberlake halftime show. If you recall, JT performed with Janet Jackson at the 2003 Super Bowl.  You can thank him for the term “wardrobe malfunction” entering the common language, and also for the FCC live delay still with us today.

I can’t wait to see what he does for an encore.

In a world where there are so many television shows, the Monday after the Super Bowl is one of the few times when everyone standing around the water cooler is talking about the same thing.

And come Monday, the talk will be one of two things:

It’s an American spectacle, and I love every minute. Enjoy the show, and I’ll talk to you Monday morning.